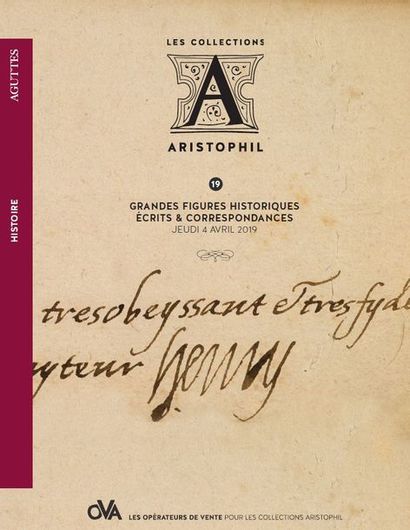 Salle 6 - Drouot-Richelieu, 9, rue Drouot 75009 Paris
See the catalog
See the HD catalog
Download the PDF
Auction room
Printable results
My orders
DROUOT LIVE
Sale information
Purchased lots will become available only after full payment has been made. The
sale will be conducted in Euros. In addition to the hammer price, the buyer agrees
to pay a buyer’s premium along with any applicable value added tax.
The buyer ’ s premi um is 25 % + VAT amount ing to
30 % (all taxes included) for all bids. Books (25% + VAT amounting to 26,375%).
NB:
+ Auction by order of the court further to a prescription of the court, buyers
fees 14,40% VTA included. Books (12,66% VTA included).
° Lots on which the auction house or its partners have a financial interest
* Lots in temporary importation and subject to a 5,5 % fee in addition to the
regular buyer’s fees stated earlier..
# An appointment is required to see the piece
~ This lot contains animal materials. Import restrictions are to be expected
and must be considered.
The legislator imposes strict rules for the commercial use of inert animal species.
The international regulations of March 3, 1973 (CITES) requires for different annexes
a correlation between the specimen and the documentation proving the origins to
be lawful. This regulation transcribed in European Community law (Annexes A/B/C)
in Rule 338/97 of 9/12/1996 permits commercial use of regulated specimens (CITES)
upon presentation of documentation proving lawful origin; these documents for
this variation are as follows:
• For Annex A: C/C provided outlining the specimen’s history (for specimens of
recent date)
• For Annex B: Bird specimens are either banded or equipped with transponders,
and are accompanied by documents of licit origin. The auction’s sale record must
be conserved as it contains the complete history of every specimen.
All cases concerning specimens of recent date that are protected under the French
Environmental Code and which were born and raised in captivity are permitted by
the derogation clause AM of 14/07/2006. As such, they can be used commercially
provided traceability between the specimen and the documentation proving licit
origins. Other specimen cases dating prior to clause AM of 21/07/2015 can, due
to this fact, be used commercially. Specimens dating before 1947 included in this
auction sale benefit from clause 2M of the derogatory Rule 228/97 of 9/12/1996,
permitting their use for trade. However, exporting them outside of the EU them
requires a pre-CITES Convention agreement.
For huntable species of the European continent and elsewhere, commercial use is
allowed under certain conditions. Domesticated species (D) included in this auction
sale are free for trade. Old specimens from before the Convention (i.e. before 1975)
comply with the conditions of the AM of 23/12/2011 and, as such, are free for trade.
The other specimens in this auction sale are not subject to NR regulations and
are free for commercial use and trade. The auction record will substantiate their
licit origin.
To leave the EU, with regards to the Annexes I/A, II/B et III/C, a CITES re-export
document at the expense of the acquirer will be necessary.
GUARANTEES
The SAS Claude Aguttes is bound by the indications stated in the catalogue,
modified only by announcements made at the time of the sale noted in the legal
records thereof.
Attributions were made according to scientific and artistic knowledge at the time
of the auction.
An exhibition prior to the sale permits buyers to establish the conditions of the
works offered for sale and no claims will be
accepted after the hammer has fallen. Some difference may appear between
the original work and its illustration, there will be no claims in such matter. The
dimensions are given only as an indication.
The condition of the works is not specified in the catalogue, buyers are required
to study them
Sales conditions

We use cookies to provide you with a better browsing experience, perform site traffic analysis, and deliver content and advertisements most relevant to your interests.

By allowing these cookies, you agree to the deposit, reading and use of tracking technologies necessary for their proper functioning. Read more about our privacy policy.